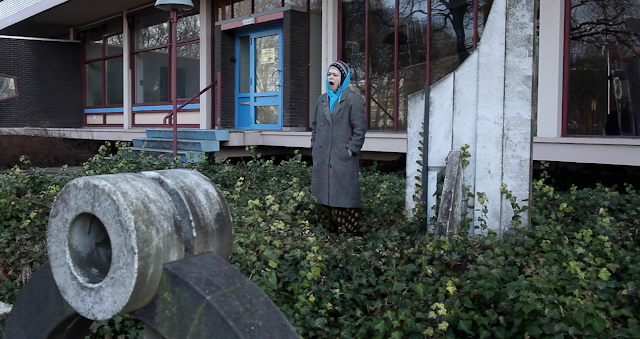 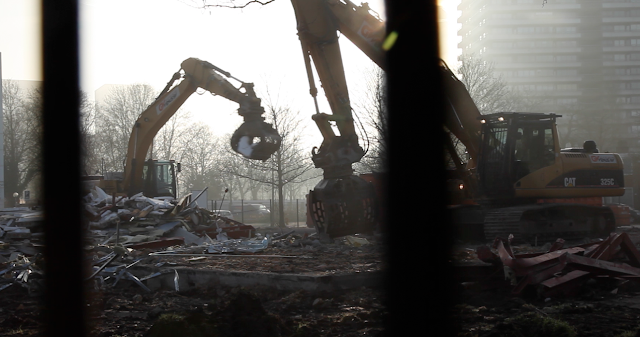 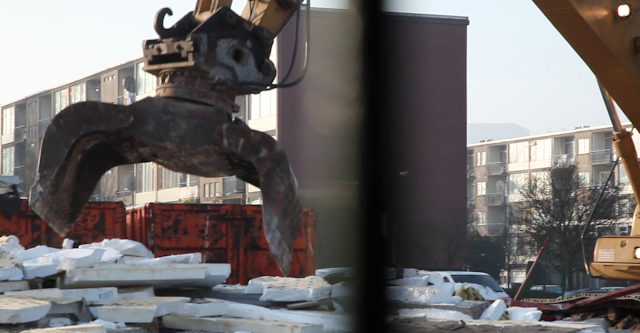 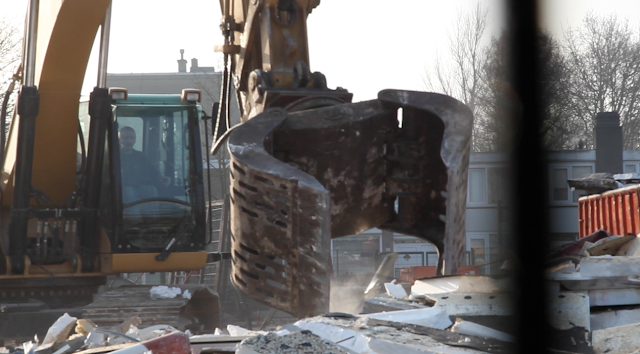 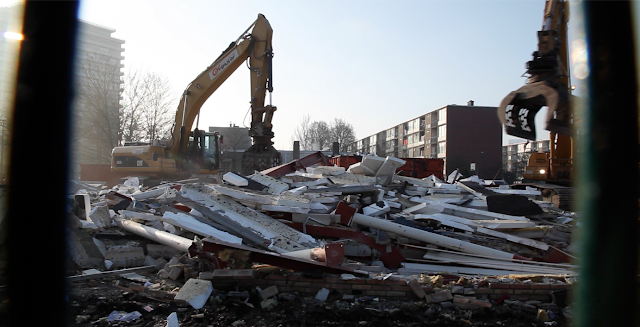 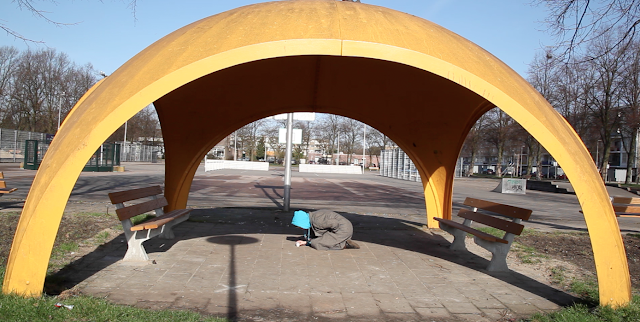 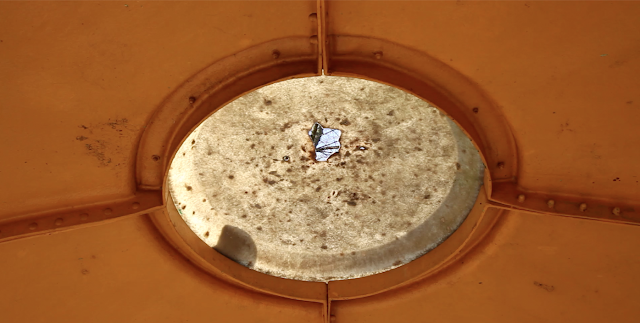 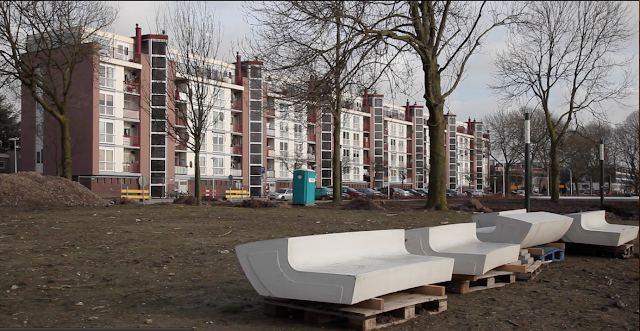 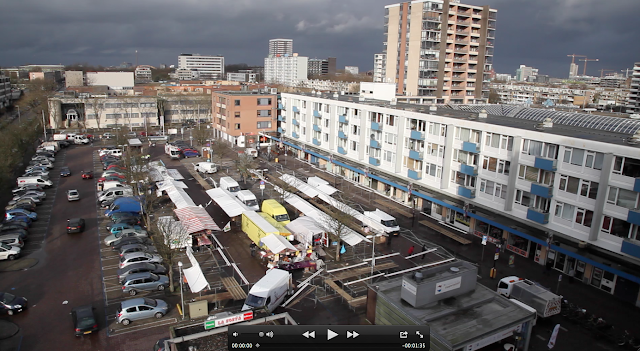 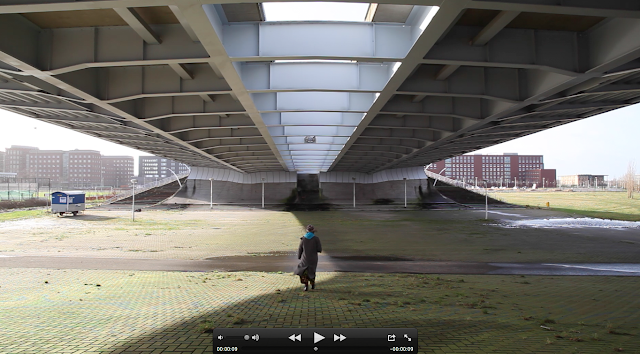 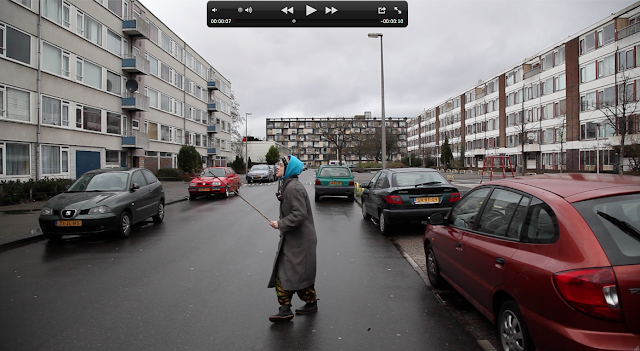 Posted by LOCATIE:KANALENEILAND at 5:45 AM 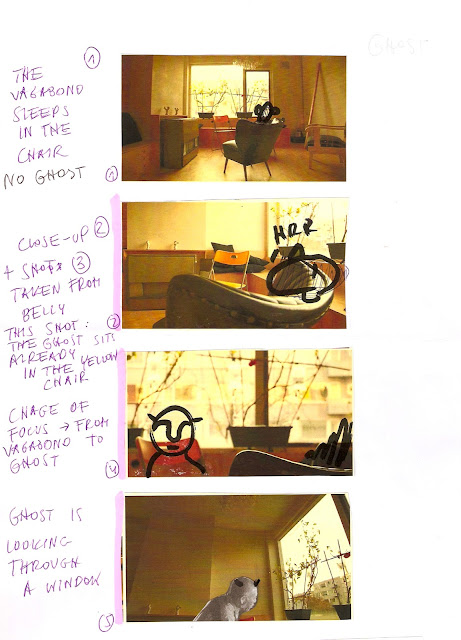 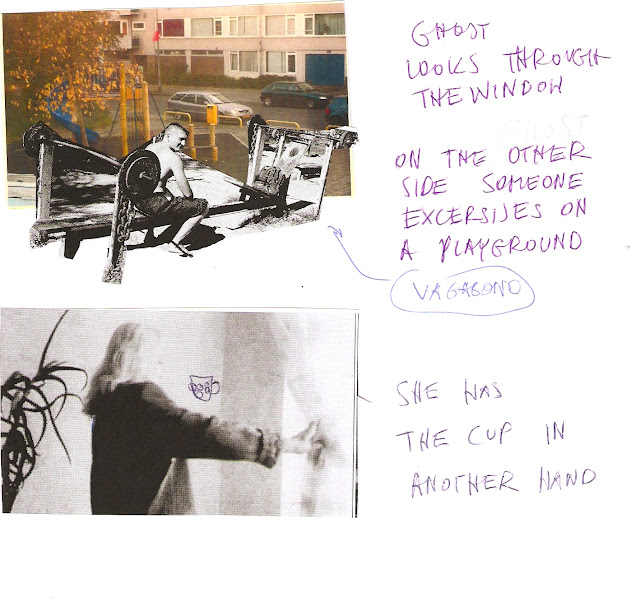 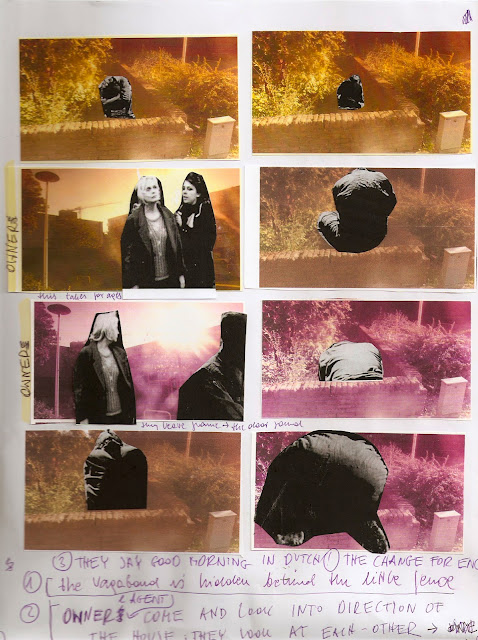 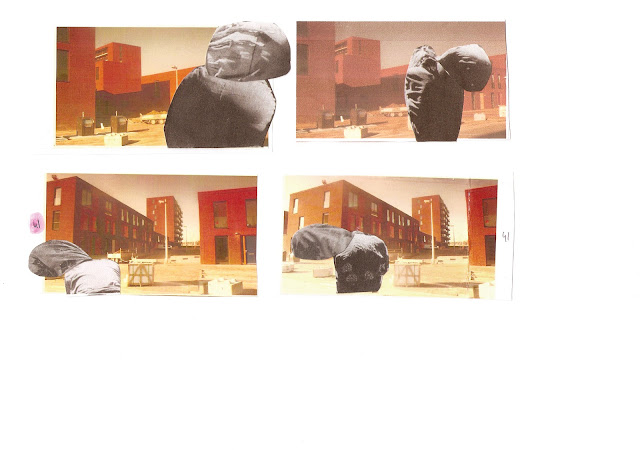 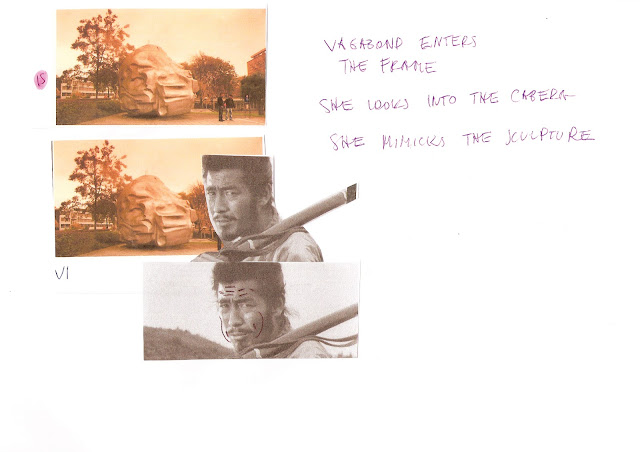 Posted by LOCATIE:KANALENEILAND at 5:39 AM 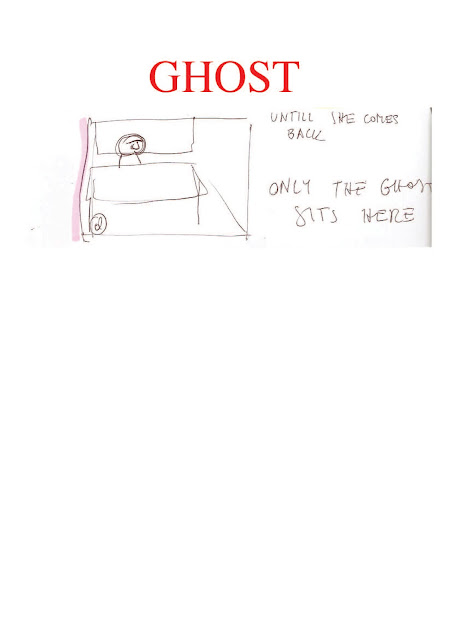 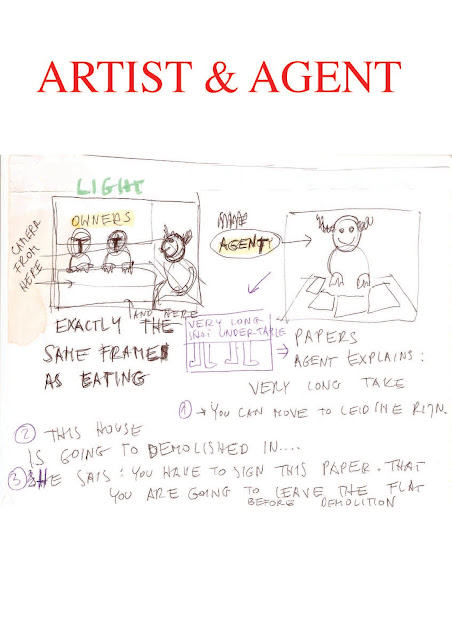 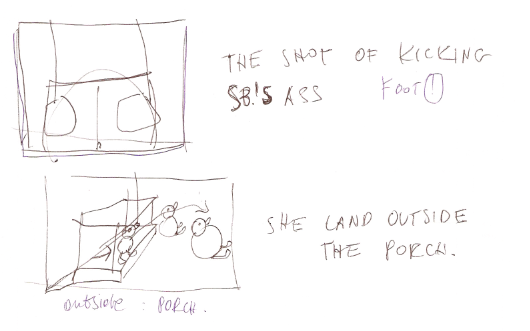 Posted by LOCATIE:KANALENEILAND at 5:34 AM 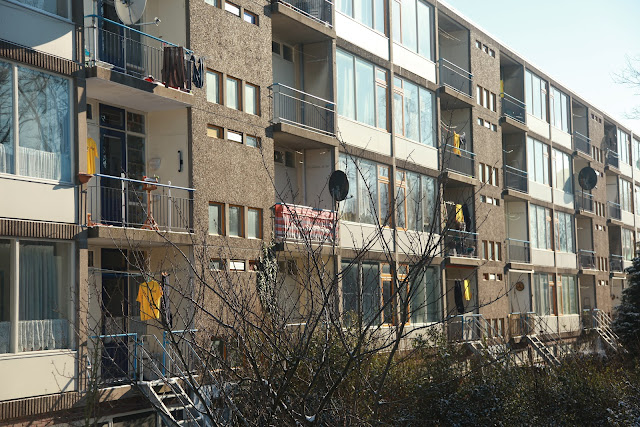 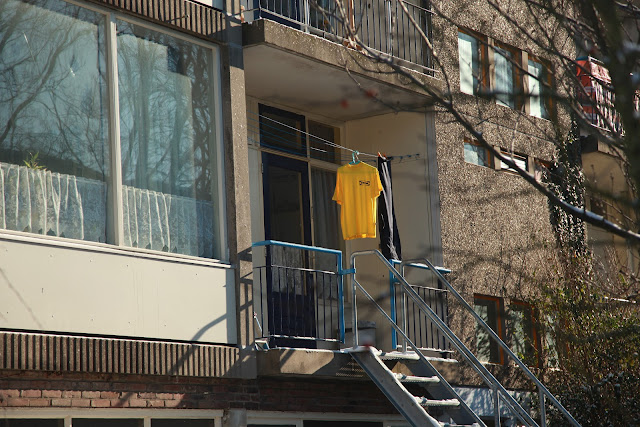 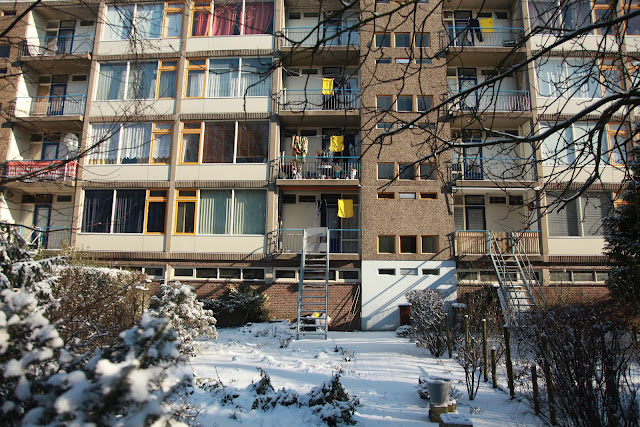 Since yesterday Kanaleneiland is covered with pure white snow - which gives the neighborhood a wholy new appearance. More quiet and cheerful. Yesterday we spent the day with bringing the IKEA uniforms to two different apartment blocks in Kanaleneiland South. Ringing the bell in front of the outside door is the most difficult part. As soon as we stand in front of the apartment door, people are often willing to make an effort in helping us out. But when we are still on the sidewalk, outside of the semi private stairways, they don't really feel the obligation to deal with us.

Our experience with the residents in these apartment blocks are quite different from what we have experienced the first day. It seems that people are more careful and maybe even more afraid of things they don't know. Even though we still found many people who where willing to hang the uniform. An other thing that attracted our attention is that the residents where more curious of our project and our intentions and it was a lot easier to communicate with them. Partly because there where more Dutch people living here.

One man didn't want to hang the IKEA suit, because he was part of the football club next to the store. Due to the upcoming enlargement of the IKEA, its playing fields will be put on the roof of the new building. An other women was very much interested in our project and she agreed with our proposal that if IKEA is growing so much bigger they should also employ more people out of the neighborhood. She stated that it is quite difficult for Maroccan boys to get jobs as soon as they tell they live in Kanaleneiland. She likes the IKEA because it is a nice place to go with the kids - it is a real outing. And moreover she often goes for the €1 breakfast in the IKEA restaurant with a group of women after they dropped their children off at school. We gave her, and a few other interested people the address of this blog, and maybe we can contact her in a later stadium to talk more about the IKEA and the neighborhood.


At the moment we are packing our stuff - after one week of walking up and down Kanaleneiland we will go home again. We collected most of the uniforms from the neighbors. While folding them we realise these trousers and shirts have been handled by very different people in the last days. Somehow the impersonal uniforms had a very private treatment - when we handed them over at the front door, they travelled deep into the apartments and where hung intimately next to the other laundry on the balcony. Although most of the residents of Kanaleneiland have their curtains shut day and night, these back site balconies offer an informal insight into their lives.
Posted by LOCATIE:KANALENEILAND at 6:19 AM 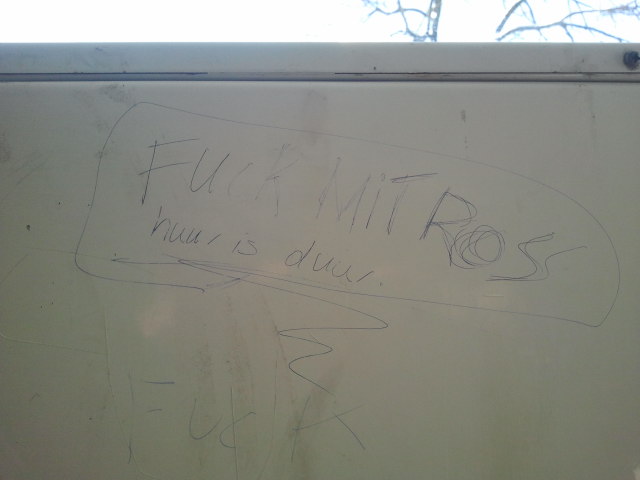 Posted by LOCATIE:KANALENEILAND at 6:18 AM 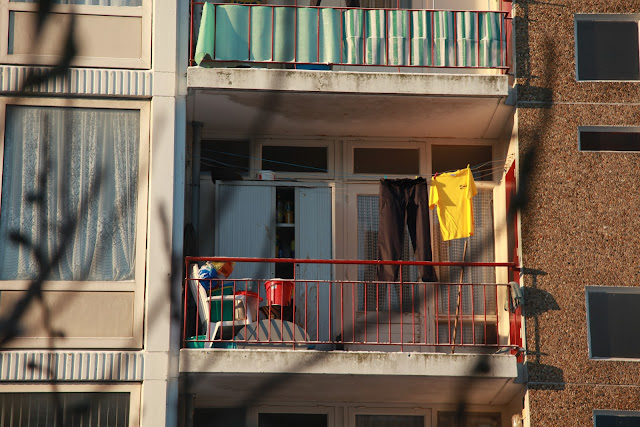 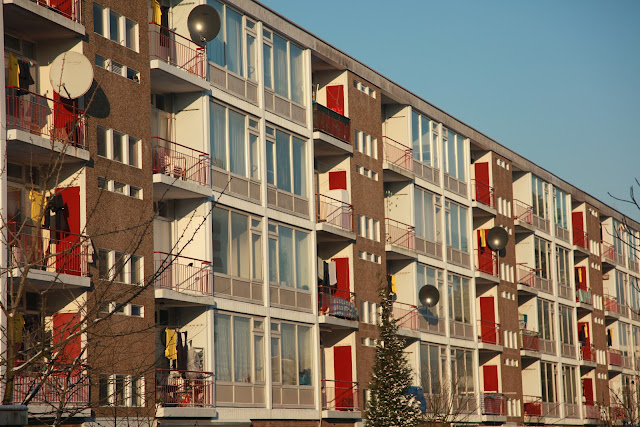 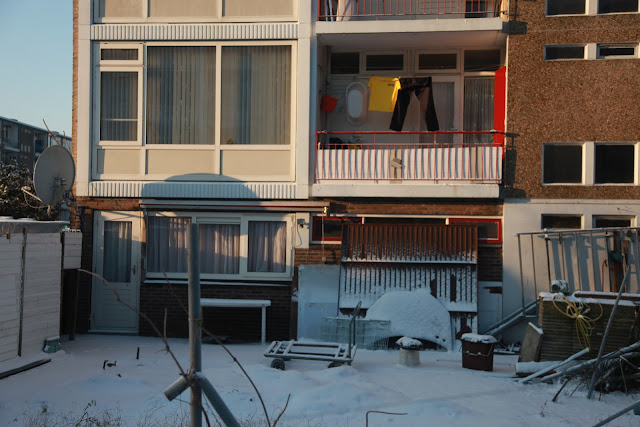 Posted by LOCATIE:KANALENEILAND at 1:42 AM

The story of the red fox and the yellow duck. 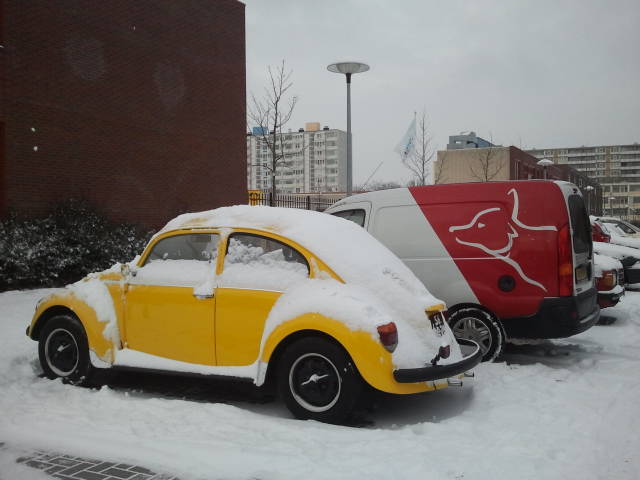 Posted by LOCATIE:KANALENEILAND at 12:46 PM