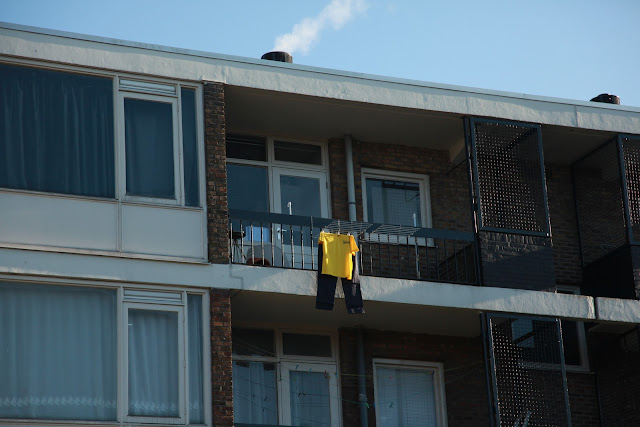 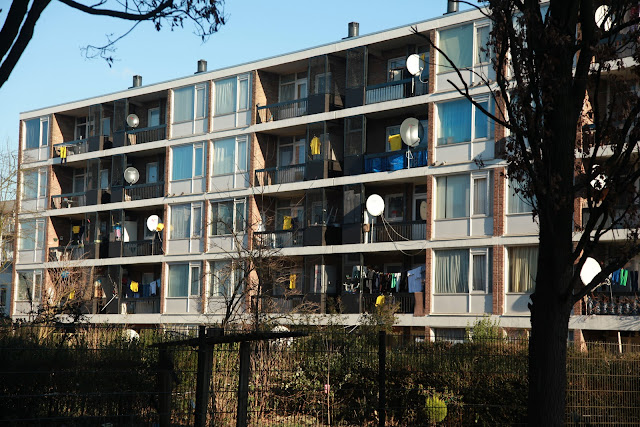 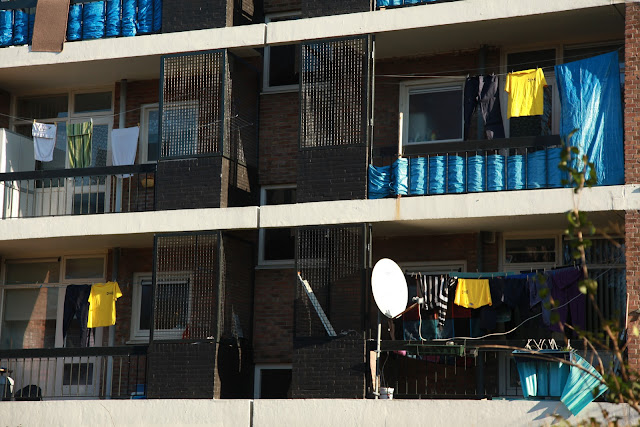 Today we started with the second intervention - we picked an apartment block in Kanaleneiland Noord and asked the residents to hang out our IKEA uniforms. This is our first selection of the pictures we made. We are very happy the people are willing to help us out and hang the clothes - even if it is hard for us to explain what we want to achieve. Most of the people probably think we are some kind of advertisement campain of IKEA - and it proves to be difficult to explain them our intentions, both because a part of the neighbors don't speak sufficient Dutch and next to that our artists practice doesn't seem to fit into their reality.

With this intervention we recreate the image of a community in the beginning of the industrial revolution - a time when big factories didn't only take care of the jobs, but also of the social reproduction of the community. For example Philips in the early 20th century built a neighborhood around their factury in Eindhoven, where they did not only create social housing for the employees, but also education and health care.
In Sweden, home of IKEA, industrialisation was different from the rest of Europe. Here the factories where built in the countryside and around them communities of workers formed, called bruks. The spirit of these communities stood at the basis of the Swedish socialist politics in the '50 - the starting years of IKEA.

With these series of pictures we question the role of IKEA as a growing power player in Kanaleneiland, planning to double in size. Is IKEA's direct environment prospering of it's wealth? Will there be more jobs?


The uniform is a symbol of equal rights, income and working hours, while also leveling out the individual. This makes the pictures we took utopian and distopian at the same time.

Posted by LOCATIE:KANALENEILAND at 9:31 AM