Koen Marks is the man! He worked on a map  for the second NIGHT WALKERS session and was proven to be quite of a tricky 'thing' to follow.
Though the route indicated specific guide lines, Mark noted down various spots without specifically identifying their purpose.
The route became an interpretation of the pre-fixed route, and resulted to various unexpected encounters.
I have been researching on the identity of the Situationists and the derive, and though our drifting through the area was more or less predefined, our encounters with the urban landscape remained coincidental and strongly affective.

In a dérive one or more persons during a certain period drop their relations, their work and leisure activities, and all their other usual motives for movement and action, and let themselves be drawn by the attractions of the terrain and the encounters they find there. Chance is a less important factor in this activity than one might think: from a dérive point of view cities have psychogeographical contours, with constant currents, fixed points and vortexes that strongly discourage entry into or exit from certain zones.
But the dérive includes both this letting-go and its necessary contradiction: the domination of psychogeographical variations by the knowledge and calculation of their possibilities. In this latter regard, ecological science, despite the narrow social space to which it limits itself, provides psychogeography with abundant data.
The ecological analysis of the absolute or relative character of fissures in the urban network, of the role of microclimates, of distinct neighborhoods with no relation to administrative boundaries, and above all of the dominating action of centers of attraction, must be utilized and completed by psychogeographical methods. The objective passional terrain of the dérive must be defined in accordance both with its own logic and with its relations with social morphology.

It mostly had to do with how the maps dots were perceived from the volunteer tour guide.
They became indicators of a 'place of interest'. The 'why this place and not another' remained unclear and thus enhanced any observatory tools and modes of interrelating.

'There is a dot in the map indicating a pause
so there must be something here.'

For all of us participating, random or pre-designed encounters were barely distinguishable.

.HIGHLIGHTS.
A 'false' turn led us to 3 De Louterlaan, in front of the house of a man that lives in the area since 1961.
He came out at night to feed his cat that has been sick. He mixed boiled herbs from the park with chicken as a medicinal treat for his pet.
He claimed that his residence has been designed by Rietveld, as well as the apartments across his. He suffered from a heart-attack episode recently and his driving license had been removed. He just got it back. 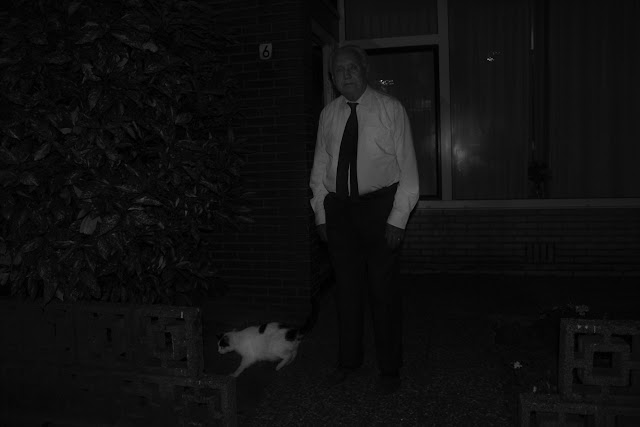 Koen had left his crashed bike at the corner of Van Eysingalaan and Koninginn Wilhelminalaan. We found a warning sticker on it stating that it will soon be removed.  He took it out. 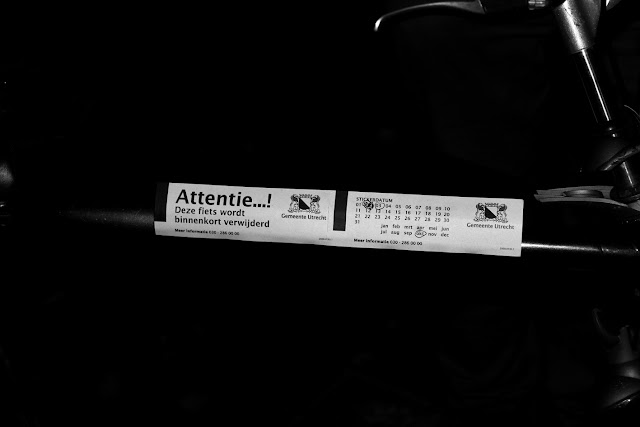 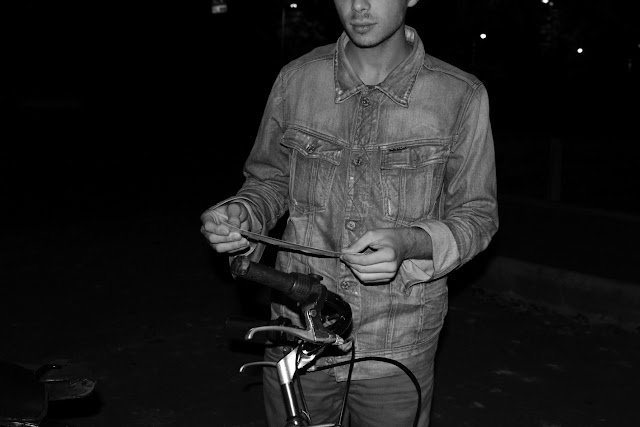 .AMONG OTHERS.
Posted by LOCATIE:KANALENEILAND at 3:43 PM