As i approach the last days of the residency, and after accomplishing the making of diesel, with the cooking show-chemistry lesson, the second question emerges: What would be the possibility to leave something sustainable, something that would last through time, something that would work on maintaining a relationship. What is really left for the local inhabitants of the context of the artistic practice?

study of what a service is

question of maintenance
, how to maintain a relation outside of the residency frame
, and issues of duration


service |ˈsərvis|
noun
1 the action of helping or doing work for someone.
• an act of assistance.
• assistance or advice given to customers during and after the sale of goods.
• short for service industry.
• the action or process of serving food and drinks to customers.
• a period of employment with a company or organization.
• employment as a servant.
• the provision of the necessary maintenance work for a machine.
• a periodic routine inspection and maintenance of a vehicle or other machine.
2 a system supplying a public need such as transport, communications, or utilities such as electricity and water.
• a public department or organization run by the government.
3 a ceremony of religious worship according to a prescribed form; the prescribed form for such a ceremony.

ORIGIN Old English (denoting religious devotion or a form of liturgy), from Old French servise or Latin servitium ‘slavery,’ from servus ‘slave.’ The early sense of the verb (mid 19th cent.) was [be of service to, provide with a service.] 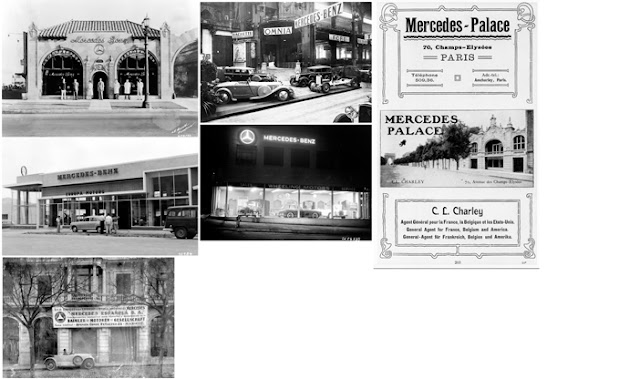 photo collage of various mercedes-benz sale points, Utrecht 2011
The basic idea would be a trading of services. I would trade the know how of making diesel, and diesel itself (maybe soap in the future, with the process leftover of glycerin) for other possible available services (learning the language arabic, learning diesel engine mechanics, etc)

how to make a service of exchange in location, one in which two parties gain by direct trade, that both benefit from each sharing/investiment of time?

i quickly make a have / need list to map out my field of potentialities, and start crossing out. i arrive to 'arabic lessons, cooking diesel, motor lessons, cooking soap, cooking food, trading skills, ballet classes, garage space, food', among others.

i decide to make a service center by appointment of exchange - the process of cooking diesel and soap from waste materials, in exchange for arabic lessons and motor lessons.

only after living 10 years in The Netherlands, i realized that Portugal, Europe's California, is as much down south of europe, as just north of africa, and many of 'us' here, have Moorish physical traces. But this history is not so well documented in the academia, partly due to the influence of roman catholic and monarchy power in the written documentation of history as-is.
partly im curious to know more of a past i carry without knowing.


one of the 5 detroit wonders i'm attempting to gain experience and knowledge is diesel motors connected to dynamos and power converter, commonly know as electricity generators. jeff, from omnicorpdetroit, used road bicycles to charge car batteries. why not a 6.2 detroit diesel motor?


→ research and build <image: generator study collage - v-diesel power grids and installation for a working and living space - life off the grid series >


1) transmission of knowledge between two agents

how to cook diesel?

service:
lesson - performance - demonstration 1on1, and the explanation of various methods and processors 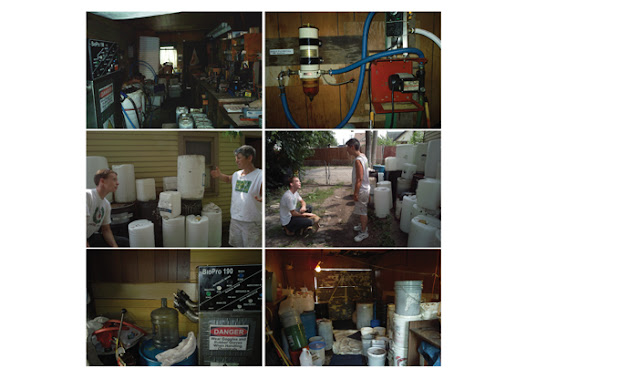 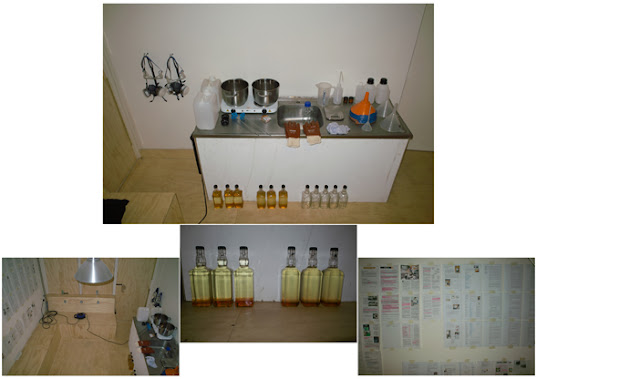 note  → map process of use of process waste - glycerine  → chemical process of saponification  → making of soap, solid and liquid

note → on rewriting history and memory re-inscription or by the way 'who was Diesel again'? 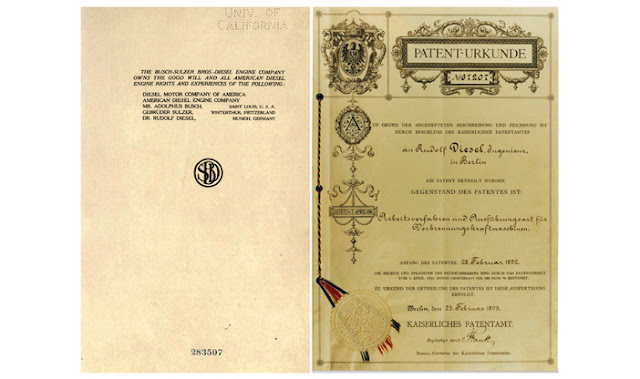 this is a story.

A story about a man. A simple man, like many others, one that had dreams for a better world and make some gold.

These dreams took him on a travel, a travel he would never come back from.

It started from Munich, the city where he lived and worked. From there, a train he took, to Antwerp he went.

Once in Antwerp, he boarded on SS Dresden, an steam-engine english passenger ship, which know for the marvelous north sea route, between the Hook of Holland and Harwich, England, from 1897 to 1915. The ship was built in 1897 by the Earle Company at Hull for the Great Eastern Railway.


It was back in the good old days, before commercial airlines, before all these elevator non-places flavoured called airports, airplanes, speedtrains, and the  likes took over the idea of traveling. Time had a while different meaning back then.

This man, was an inventor. He envisioned a future beyond the usual same'o-same'o. A break beyond the established status quo, beyond the sitting power.

In his briefcase, he carefully carried the plans for a whole new factory, where his dream was to take place. London was to take the schematics for this future, and give it a space to take form.

He was on his way to meet with representatives of Consolidated Diesel Manufacturing Ltd. with the view of opening a factory to build his engine.

On the night September 29, 1913, he dined aboard ship and then retired for the evening, leaving a 6:15 a.m. wake-up call. He went for a walk on the deck, seeing the boat sail away from the Antwerp arbor, leaving behind a continental Europe on the brick of war.
Excited with the coming meeting, awaiting for him in London, he retired to his chambers early in the evening.

The next morning, the wake up call service found his bedding undone, and he was nowhere to be found, neither his suitcase containing the plan schematics for this new future.

On October 9 the crew of the Dutch ﬁshing boat Coertsen, pulled a badly decomposed
body of a man from the channel. They removed his personal effects and returned the corpse
to the sea. The items, which included an eyeglass case, a wallet, a pocket knife and a pill case
were later identiﬁed by a son, Eugen as having belonged to his father. 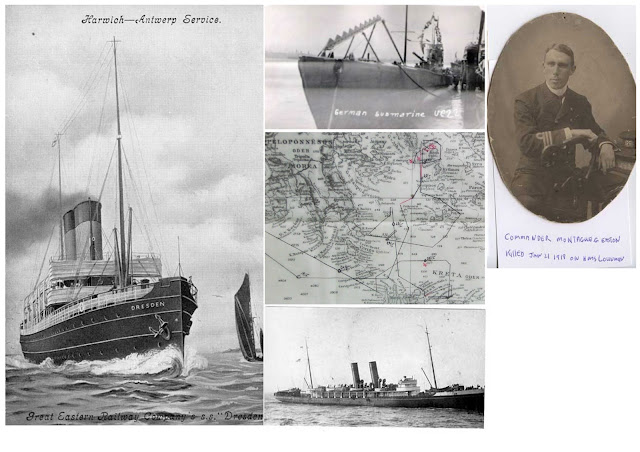 
Speculation was rife in the newspapers as reporters sought answers to the mystery. Some concluded that he was murdered by German agents to prevent his engine system from falling into British hands on the eve of the First World War. Another theory was that he was killed by hitmen hired by the petroleum industry. Still others decided that he committed suicide. The later was unlikely as he was reported to be "excited about the possibility that his invention would become more widespread." About the only theory not advanced was the simple possibility that he had accidentally fallen overboard and drowned. To this date the mystery has never been solved.

The SS Dresden, the crime scene itself, didn't live much much longer.

In 1915, it was taken over by the British Royal Navy as a Armed boarding steamer, and re-named HMS Louvain, to take part in the First World War.

Documents detailing the sinking and subsequent court-martial, show that HMS Louvain was on voyage from Malta to Mudros and was torpedoed at 9.30pm, on 20th January 1918, whilst passing through the Zea channel (between the islands of Zea, or Kea, and Makro Nisi). The ship sank almost at once, the engine room bulkhead having been burst by the explosion.

In the War Mudros on the Greek island Lemnos was an allied base in the Aegean, fifty miles south-west of the Dardanelles and an important staging post for military actions around Gallipoli.

The court-martial found that the large loss of life was due partly to the explosion itself and partly to the rush for lifeboats, their over-crowding and the lack of supervision in lowering them.

Louvain had not been zig-zagging, as she should have been, but as the captain, Montague George Easton and the officer of the watch went down with the ship, no blame could be apportioned.

The U-Boat SC22 belonged to the UC II series, which had a revolutionary design in the submarine series, due to its diesel engines. This unit only, counted up to 22 ships sunk in the First World War.

Built in the shipyard Blohm&Voss in Hamburg, launched on 1st February 1916 and surrendered to France on the 3rd February 1919. It was broken up at Landerneau in July 1921.

With the sinking of HMS Louvain, an armed boarding steamer, earlier known as SS Dresden, a  commercial passenger steamer, 224 people, including its commander, Montague George Easton disappeared, all joining the professor Rudolf von Diesel. A snake eating its own tail.

Posted by LOCATIE:KANALENEILAND at 9:40 PM