First sneak of the week

0.14
I just took part in a local informal economy; I found a nice woolen scarf in a dump down the street and more important, a really nice big plant pot for on the porch. I could hardly carry it, but one of the neighbours helped me to bring it to the Auriollaan. The plant in it is dead, but I think it is a nice addition anyway. I wonder if it is still there tomorrow.

My first impressions of Kanaleneiland are very good. I discovered real city wilderness and a beautiful garden patch in between the apartment blocks at the Trumanlaan. The green between these blocks is not openly accessible like the field behind the Expodium apartment (I suspect it is accessible, but I have to check this out).

I am planning to spend a lot of time on the streets. The city planners seem to propose the role of the colonial explorer; I saw streets named after Marco Polo, Livingstone en Bartolomeo Diaz.. 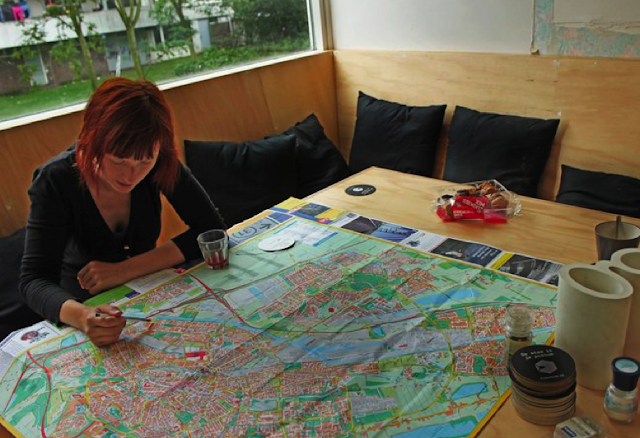 Posted by LOCATIE:KANALENEILAND at 3:34 PM